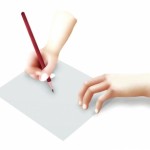 Thursday and Friday saw me in downtown Toronto at IABC‘s two-day writing conference, which featured a number of well-known presenters who have wowed audiences at IABC’s international conferences. Here are some of the things I learned/was reminded of/realized/found notable:

Overall, the two days were great and I highly recommend getting out and fine-tuning your skills at whatever kind of sessions are appropriate to what you do!