Use an apostrophe or not? Be consistent 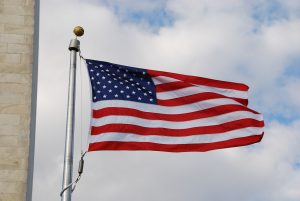 Spot quiz: Is the American holiday in February:

Surprise! The answer seems to be (d), all of the above.

While editing a client’s calendar, which included reference to both Canadian and American holidays, I double-checked this item because I’ve seen all three versions. It’s not in my Canadian Press Stylebook or my Canadian dictionaries. A search turned up every variation, but since it honours both Washington and Lincoln, it makes sense that it would be plural, “Presidents’.” So I turned to the place you’d think would be the definitive source of the correct usage, the official U.S. federal government website.

It showed all three in various sections of the site.

I emailed a request for clarification and the “USA.gov Citizen Response Team” (whose goal is “to make it easy for you to communicate with the government”) promised me a response within two days. You’ll laugh (or maybe cry): Here’s the not-quite-definitive answer:

“We have received your inquiry concerning which is the correct phrasing to refer to Presidents’ Day. The phrasing “Presidents’ Day” and “President’s Day” are both used and are both correct (depending on how it is used). We hope you find this information helpful.”

Umm, not really! There were no helpful suggestions as to which use would be appropriate in which instance. Frankly, I think they should pick one, run with it, be consistent. Don’t you think?

Image by Roberto Bellasio from Pixabay.

« Are you in for Black Friday, or Buy nothing black day?
‘Tis the season »