Interesting choices among the top words of 2007 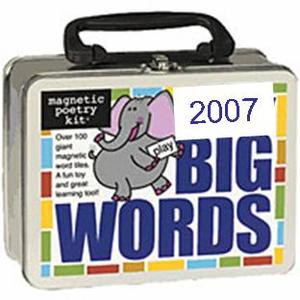 I was surprised by a few entries, though, that seem to have been around for an awfully long time. What are they doing being on a hot list for 2007? I’m talking about:

Bacn (“a better received, more welcome version of spam,” which made me laugh)
Blamestorm (sitting around trying to allocate blame)
Facebook (used as a verb)
Upcycling (recycling something to give it a better use)

But here’s one that was new to me: “Pecksniffian.” Apparently it’s been used as a synonym for “hypocritical” since 1849 and was the Merriam-Webster word of the day for Dec. 10, 2006 (so again, what’s it doing on a 2007 list?). It’s also been defined as “haughtily hypocritical” and “unctuously hypocritical,” which give the word added depth and meaning, don’t you think? The word comes from one of Charles Dickens’ less pleasant characters, Seth Pecksniff, in the novel Martin Chuzzlewit.

« Do you Google yourself? You should
Found: trait we call quirky »