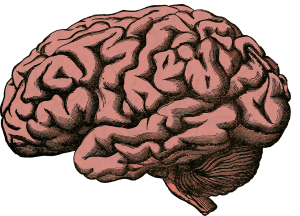 Talk about a deft turn of phrase! Spotted in an interesting article in the Toronto Star called “Patient gets brain surgery – fully awake,” by Joseph Hall:

“Glioma, as it is also known, is a whack-a-mole cancer, with tumours that are treated or removed in one part of the brain often popping up in another soon after.”

Isn’t that great? Hall also captures the sense of humour of the surgeon, who calls the walnut-sized tumour he removes “Fred.” This goes in my “Damn, I wish I wrote that” file.

There was a link to a video when the article originally appeared, but I couldn’t bring myself to watch it. I can still vividly recall standing in the health pavilion at Expo ’67 in Montreal, watching a wall-sized screen of open heart surgery. Far off, I could hear my mother’s voice saying, “If you feel faint, sit down and put your head between your knees.” I was indeed about to faint, although I didn’t realize it!

« Get out and network
Show your personality and make people laugh »