‘Getting rid of’ my kids? Nope, that’s not me 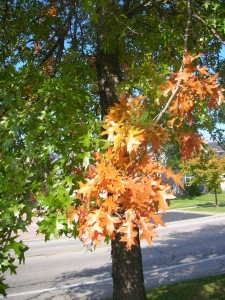 Summer is my season, so even though I enjoy different seasons, this time of year always makes me feel a little down. I’m expecting to feel a little bluer than usual just over a week from now, when our youngest heads off to university.

Many people talk about how glad they’ll be to “get rid of” their offspring when they go to university. That’s not me.

When we dropped Son #1 off at his dorm, I managed to keep my chin up. It helped that he would be home just two weeks later to celebrate his grandfather’s 80th birthday. It also helped that he’s only about a half-hour drive away. When I miss him, and I do, I can always skip out and take him for lunch when he has a spare period (a key benefit of my flexible freelancer schedule!). It also helped that Son #2 was still at home.

Now, Son #2 will be gone too. He’ll be an hour’s drive away, which still isn’t too bad; I’ll be able to take him for lunch, too, if our schedules work out. But still.

I’m excited for him, because I know it will be an enriching, amazing experience. But I’ve had both sons home all summer, and I’ll miss them.

From my “Damn, I wish I wrote that” files, I have a long-ago column from the Chicago Tribune. Writer Barbara Brotman talks about her daughter going off to kindergarten, saying, “It has come too soon, her first step into the world that will carry her away from me.”

“It is a lousy system, parenthood. We are built to swoon with joy when we hold our babies tightly, to sigh with pleasure when we nuzzle our children’s plump necks, to delight in every kiss and tickle. Then we are supposed to let them go. Not right away and not all at once, but still…Kindergarten is the start of the foot race toward independence. Here, the walk turns into a trot. Someday, it will be a run. Can it be that eventually I will be no more than a weekly phone obligation?”

Oh well. Given the economic realities and the growing number of boomerang children — who move out and move back — maybe they’ll be back, at least to visit.

« Joining the scrum
Guilty summer pleasure? Sneaking out to swim »