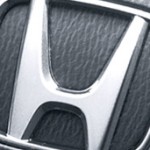 Car sales representatives have a reputation that’s hard to shake. There are exceptions, of course, but would you generally link them with words like “honest,” “trustworthy” and “working for me”? I didn’t think so. They also bring to mind the words “high-pressure sales” and “let me talk to the manager.”

My car is 10 years old this year, and I have been planning to buy something new this year. My requirements: It must be made in Canada, and get better fuel economy than my current car. Now that I don’t regularly have a car full of large teenage boys, it can be smaller.

I have my choice of all kinds of Canadian-built trucks and vans, but the small, made-in-Canada requirements narrow the field. So yesterday I found myself at my local Honda dealer, talking to a sales rep who assured me I would qualify for a $3,000 in various discounts, twice mentioning his honesty, although reading the newspaper later that night I saw an ad that promised $4,000 in discounts. He also hinted these might be fleeting discounts, suggesting others in the past had been good only for a weekend, but I told him I was on a fact-finding mission only. He assured me I am in the driver’s seat, as he tried to find out how much I had set aside to spend and what I thought my car might be worth as a trade-in.

The literature connected with cars is filled with all sorts of weasel words. An accessory that used to be optional (clearly not included) is now called available. The former sports utility vehicles are now called crossovers, whatever that means, given the bad perception of SUV. Used cars are pre-owned. Special car pricing is extended to well qualified customers, which I guess these days means solvent.

So, the ride for a new ride without being taken for a ride has begun. I’m going for a test drive on Wednesday (when I expect pressure to seal the deal before the end of March) and setting up an appointment with another dealer to view/drive another couple of cars. Should be interesting. Wish me luck!