Watch out for jargon, Olympic edition 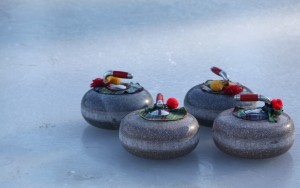 Among the many sports my family watched during the 2010 Vancouver Winter Olympics was one that vividly reminded me to watch out for jargon. I’m talking about curling.

I’ve never curled, so I found the unfamiliar lingo quite confusing. The commentators talked about a runback double, draws and takeouts, a shot rock and a hammer, and on the button. Then there are the near constant shouts of “Hurry hard!” and just “HARD!!!!”

You’d think, having a large audience for the Olympics not necessarily familiar with the sport, there would be more of an attempt to explain. There wasn’t, or maybe they explained things early on and expected everyone to keep up. Or maybe the important fact (for Canadians) was that the men’s team won gold and the women’s team won silver.

The curling-speak reminded me of the value of watching out for jargon in employee communications. Often people assume that “everyone knows” what a particular term means. Or maybe it’s been explained once or twice before and that’s considered to be enough.

I don’t buy it. Many times I have asked someone to explain a term or what some initials stood for, and the employee doesn’t know, or can’t remember. So I like to explain uncommon terms, or better yet, use familiar words.

This week, I was applying that thinking to two projects involving information technology. Tech types never want to launch or introduce something when they can implement or deploy it. They are all about the impacts and solutions, and other special jargon. But I did my best to frame the projects in more common terms that would be understandable to non-tech readers. It’s always worth a try!

I wonder…if I succeeded with both, would that be a runback double?