Stretch your creative talents in this dark & stormy contest 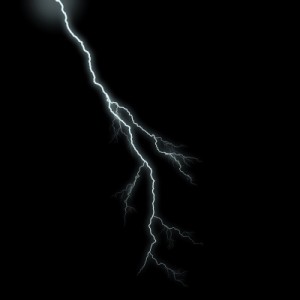 I get such a kick out of the Bulwer-Lytton award, which challenges entrants to compose the opening sentence to the worst of all possible novels. The contest pays tribute to the famous “It was a dark and stormy  night” opening of the 1830 novel Paul Clifford, by Victorian novelist Edward George Bulwer-Lytton.

Within the smoking ruins of Keister Castle, Princess Gwendolyn stared in horror at the limp form of the loyal Centaur who died defending her very honor. “You may force me to wed,” she cried at the leering and victorious Goblin King, “but you’ll never be half the man he was.”

As you can see, writers get points for puns and over-the-top writing, the more, the better. A lot of people also try to cram as much detail as possible into one sentence, although organizers advise trying to keep it under 50 words. (Note that for comprehension, experts advise keeping your average sentence length to about 14 words.)

Other submissions I found amusing include this one, in the category of “Vile Puns,” by Joe Wyatt of Amarillo, TX:

“Detective Kodiak plucked a single hair from the bearskin rug and at once understood the grisly nature of the crime: it had been a ferocious act, a real honey, the sort of thing that could polarize a community, so he padded quietly out the back to avoid a cub reporter waiting in the den.”

And this, from Mike Pedersen of North Berwick, ME:

“As his small boat scudded before a brisk breeze under a sapphire sky dappled with cerulean clouds with indigo bases, through cobalt seas that deepened to navy nearer the boat and faded to azure at the horizon, Ian was at a loss as to why he felt blue.”

As I’ve mentioned before, the contest began in 1982, the brainchild (or Rosemary’s baby, as the site suggests) of Professor Scott Rice at San Jose State University. He accepts submissions all year, and is probably right now hoping that the release of the 2011 winners will spur yet more awful writing. Scroll down to “History of the BLFC” for how to submit your entry.

Trivia: Bulwer-Lytton is also responsible for coming up with “the pen is mightier than the sword” and “the great unwashed.”

« Get ready for National Punctuation Day!
Thinking about a newsletter? Some things to consider »