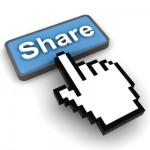 People have a compelling need to share our information with each other, and we’re finding it easier than ever with social media. That means huge change for business.

At a session sponsored by IABC/Golden Horseshoe and IABC/Toronto Westend on April 11, a trio of speakers gave their perspectives on social media. Here are just some of the points they made:

Key takeaways: These shifts in behaviour mean that business must be prepared to connect on social media. Understand that customers have already done research and formed an opinion, so you need to find out what customers want from you. Learn where they cluster and what they’re saying. Monitor the conversations and connect. Set up a code of conduct that clearly sets out that you don’t monitor social media 24/7. You can use expensive monitoring tools or you can simply track Twitter hashtags and Google search results. (Kevin has posted his presentation on SlideShare.)

Erin Joyce (@TorontoPearson) represented Toronto Pearson International Airport, which employs 40,000 people and welcomes 32 million passengers each year. The Twitter account serves up content such as airport events, retail openings, new airlines, operational updates and YouTube videos, and is a vital part of crisis response. “Social media has audience storytellers, and if we don’t speak, others tell the story,” she said.

Catherine Martin and Sgt. Jay Turner are part of an action team at Hamilton Police Service (@HPSActionTeam4), who use social media for community engagement, high visibility and public safety. “Traditional media doesn’t give us the help we need when we need it, whereas I can tweet 55 times and tell our story over and over,” Jay said.

We had a great turnout of close to 60 people, and people I talked to enjoyed the session. Were you there? What did you think?

« Boring topic? 3 secrets to spin that ‘straw’ into gold
Seven pet peeves about Twitter use »