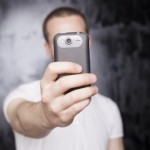 Selfie received the most nominations to the 39th annual list of banished words and phrases, or more accurately, the list of word and phrases WE WISH were banished for “Misuse, Overuse and General Uselessness.” This according to the “word-watchers” at Lake Superior State University.

I actually don’t mind selfie, a word that also made Word of the Year by those other word-watchers at Oxford Dictionaries. Their choice reflects the sharp rise in its use over 2013 after popping up on Oxford’s radar in 2012.

The wish-they-were-banned words that are becoming more than tiresome are twerk/twerking (a runner-up for Word of the Year as well) and hashtag as a spoken addition to a sentence. Most annoying use of the latter was by Mariah Carey saying “Hashtag pow” or something equally painful during her last stint on American Idol. #pleasejuststop.

A recent cold snap is bringing fresh focus on the use of suffixes -ageddon and -pocalypse, as in “snowmageddon.”

I actually found last year’s list had more overused/annoying words, including fiscal cliff, YOLO (you only live once) and guru. Oddly enough, these appear to be nowhere near as frequent, so maybe this banning thing works after all.

« The best of the Red Jacket Diaries in 2013
Thinking about hanging out your shingle? Start here »