Are you keeping up with the adorbs new words?

You may have missed the latest crop of 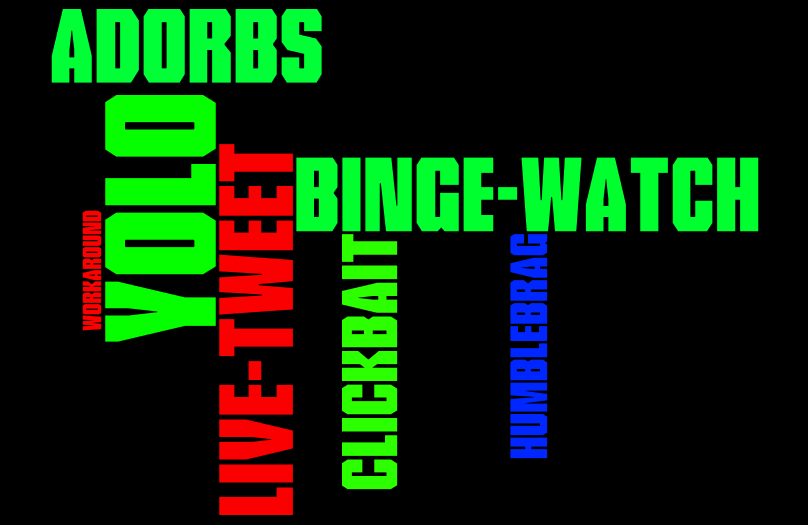 words welcomed (or possibly just reluctantly allowed) into the English language, but you have surely heard many of them. Binge-watch is one example, something I did with some friends catching up on Downton Abbey seasons, and others did watching episode after episode of Breaking Bad.

After its June release included such lively terms as flexitarian, hashtag, selfie and eye-roll, the Oxford English Dictionary’s September crop included a number that weren’t “new” as much as they were updates of words to reflect newer uses. An example is workaround, which has been used since 1961. It used to be confined to aerospace or technical jargon, but now we’re often coming up with workarounds in everyday life (or as a friend likes to call it, “MacGyvering” something, so-called after the action-adventure hero who could “jump-start a truck with a cactus,” according to the Urban Dictionary). Others that made the list are fact-check, last call and First World problem.

The Oxford English Dictionary arm of the family “is more like the serious and intellectual grandfather who constantly withholds his approval from younger generations. In other words, the OED editors require words to have much more historical, significant impact before adding them to that reference.”

Here’s how the Oxford Dictionaries decide which new words make the cut: (1) they have evidence of the term being used by a variety of sources, (2) it seems “significant” and (3) it seems likely to stand the test of time.

Don’t feel bad if you aren’t keeping up. I think the people behind the dictionaries themselves are finding it hard to match the pace of Internet lingo and millennial slang! And that, of course, is where many of our new words come from.

Do you have a favourite new word? Or maybe one you can’t stand?

« PIC session shares how to market yourself with social content
8 tips to put together a great Paper.li newspaper »