Tragically, Gord’s gone, but his words live on 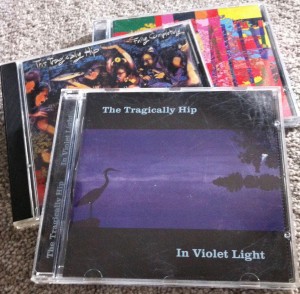 Like many Canadians, I was dismayed to hear of the death this week of Gord Downie, just 53, quirky lead singer of Canada’s Tragically Hip. His diagnosis with an incurable brain tumour last year made the ending inevitable, but it still came as a shock.

Like many musicians, Gord (if I may be so familiar) had a way with words.

His songs included many references to our country – from the prairies to Atlantic Canada, with many stops in between, including Toronto. Great tunes often hid references to history and headlines, most recently drawing attention to the death of 12-year old Chanie Wenjack, an Ojibwa boy who died running away from a residential school.

Gord played with words and loved to use imagery and alliteration. Here are some of my favourite lyrics:

On the broadcast of the last date of the Tragically Hip’s farewell tour, you could see that the band and fans alike knew this was it. As he sang, “No dress rehearsal, this is our life” (Ahead by a Century).

CTV created a documentary of that last tour, called Long Time Running (lyrics from the song of the same name).

« Businesses lose when they don’t follow up
Wordnerdery: 10 tips for an effective non-profit newsletter »