3 ways to give numbers the context they need 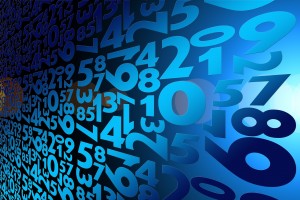 Can you picture almost 80 million litres? Probably not. It’s a huge number, too big to understand without context.

A client wants employees to understand the importance of managing energy like diesel fuel. To make the 80 million litres the company used in 2017 more relatable, he used the fuel economy of his VW TDI Sportwagon to calculate that this amount of fuel would last about 1.5 billion km. That would take you to the moon and back almost 2,000 times.

But when are you going to drive to the moon? A more likely drive would be a summer road trip: say, the 5,920 km between British Columbia and Nova Scotia on the Trans-Canada Highway. Using a new GM Colorado with fuel economy of 9.6 litres per 100 km, that drive would take about 568 litres of fuel.

But here’s the kicker: the company burns through those 568 litres in less than four minutes. Wow. That’s staggering. That helps me understand the significance of 80 million litres.

If you want people to understand, don’t just throw numbers out there. Do the math. Give some context, as my client did. Here’s how:

1. Explain how big or how small or how much
The Canadian government has bought 14.6 million Canadian flag lapel pins since 2013. This means “Each member of the federal public service – numbering 263,000 last year – could wear 55 of them at the same time.” – Alex Ballingall, Toronto Star

The nine trillion gallons of water Hurricane Harvey dumped on Texas was “enough to fill the entire Great Salt Lake in Salt Lake City — twice! …If we averaged this amount of water spread equally over the lower 48 states, that’s the equivalent of about 0.17 inches of rain — roughly the height of three pennies stacked atop each other — occupying every square inch of the contiguous United States. Imagine one downpour large enough to cover the entire country!” – Matthew Cappucci, The Washington Post

2 – Relate to something your readers can picture
An endangered leatherback sea turtle turned up dead at the edge of a lake. “The 360-kilogram turtle – about the size of a grand piano – appeared to be emaciated.” – Michael Macdonald, Canadian Press

“The hole was just 455 mm in diameter, about the size of a large pizza.” – Anne Mullens, BC Business magazine (quoted in The Bigger Picture: Elements of Feature Writing)

3 – Show the significance without actual numbers
“Of the 235 words Lincoln used in the Gettysburg Address (that’s fewer than the number on the back of a potato chip package today), 174 of them have only one syllable.” – Ann Wylie

The great blue whale “can grow up to two school buses in length. Its jawbone is as big as a telephone pole, its heart is the size of an oil drum and it can consume up to two tons of food in a single day.” – Deborah Netburn in the Los Angeles Times

No matter how well you convey the importance of the numbers you use, limit how many you use, advises Roy Peter Clark in Help! For Writers. “If possible, use just one number,” he says. “If more are required, spread them out so they don’t bump into one another. For me, when I see a block of numbers, I’m inclined to skip them.”

What are your best tips for explaining numbers? Please share in the comments.

This article first appeared in my newsletter, Wordnerdery. Not a subscriber? Sign up now for my monthly take on writing, words, newsletters and more. In keeping with anti-spam laws, you can easily unsubscribe at any time.

« Your mission: make the logo boring. (Nailed it)
I love the spirit, but the words are ‘recondite’ »