I love the spirit, but the words are ‘recondite’ 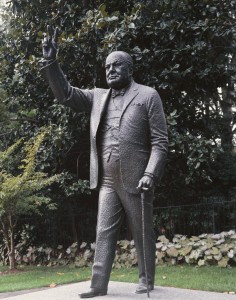 Wayne State University is again trying to draw attention to some of the English language’s “most expressive — yet regrettably neglected — words.” Its annual list shares words it says “deserve to be used more often in conversation and prose.”

I love the spirit of the idea, as I said in 2016. But some of the complicated and unusual words that make the list are more likely to cause confusion than “expand our ability to communicate clearly,” which is WSU’s Jerry Herron’s hope.

Eucatastrophe, for instance, calls to mind catastrophe. But the former means “a sudden and favorable resolution of events in a story; a happy ending.” Not quite the “great and sudden disaster” you think of when you hear catastrophe.

Other words from the latest list are more likely to make the reader say, “Whaaaat?” than to clearly communicate:

I feel a little warmer about bilious (spiteful; bad-tempered); couth (cultured, refined and well-mannered); and compunction (a feeling of guilt or moral scruple that prevents or follows the doing of something bad).

In other years, I’ve had more to cheer about, maybe because I have used all these words, if only in jest:

The site says the words it lists “deserve retrieval from the linguistic closet.” (Isn’t that a great line?) After all, “Everybody knows words whose revival would make the speaking and writing of English a livelier, snappier pastime and more satisfying for us all.”

Yeah, eucatastrophe doesn’t quite fit that bill, does it?

Have your say in the next list by submitting words you think DO make English snappier. See the full list, where you’ll find my own submission: convivial (friendly, sociable and lively), with the example, “One does not leave a convivial party before closing time,” attributed to Winston Churchill.

Image of a statue of Winston Churchill by “skeeze” and Pixabay.