Votes being counted…for Word of the Year 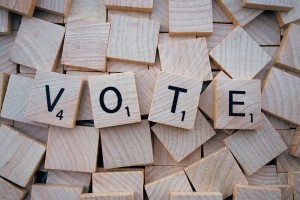 Hot on the heels of this month’s midterm elections in the United States (no, I’m not going there) is voting of a different sort. I’m talking about choosing the Word of the Year.

The big names like the Oxford English Dictionary and Merriam-Webster wait until late December, even January, to make their choice. This makes sense, when you consider that the Word of the Year reflects those that are often suddenly in popular use during the year. With a month and a half to go, a dark horse could still appear.

But Collins English Dictionary has already announced its 2018 Word of the Year: single-use. The term has gained traction with a global movement to avoid or reduce the use of disposable products like plastic bags, bottles and straws.

I’m hoping for some more appealing Words of the Year from the other guys. What would you vote for?