7 words more people should look up 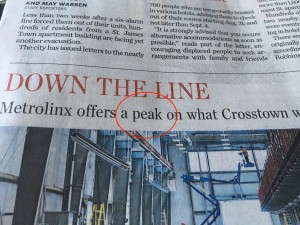 The word nerd in me loves the idea of trending words. I love that people want to know the meaning of a word, and take the time to look it up.

Political statements and celebrity gossip aside, some words regularly drive people to the Merriam-Webster website. A post on the top 10 words people look up all the time* (see below) prompted my own list of seven words people misuse all the time, and perhaps should look up:

1. Complement/compliment
A complement generally completes or perfects something; “The scarf is a nice complement to her outfit.”
A compliment expresses respect, affection or admiration or is a token of esteem; “Thank you for the compliment.”

2. Discreet/discrete
Discreet means modest, unpretentious or showing good judgement in speech or conduct; “The discreet elegance of a home.”
Discrete is individually distinct or unconnected; “There are two discrete sections.”

3. Peek/peak/pique
Peek means a glance or furtive look, or to peer through a hiding place; you “peek at something.”
A peak is generally the sharp or pointed end, the top of a hill or mountain or a high point; “the rocky peak of the mountain.”
Pique means to arouse a feeling like anger or resentment, or the feeling itself; “a fit of pique” or “to pique your curiosity.”

4. Pore over/pour over
To pore over something is to study or read it carefully; “He pored over the map.”
To pour over is to dispense from a container, supply freely or vent. “He poured milk over the cereal.”

5. Principal/principle
Principal is the most important or influential thing, a matter of primary importance or a person in a leading position; “Butter is the principal ingredient.”
A principle is a fundamental rule or code of conduct; “She is a woman of principle.”

6. Rein/reign
Rein refers to a means of checking, managing or controlling;  “He tried to rein in the department’s spending.”
Reign indicates authority or power, or something prevalent; “England is under the reign of Queen Elizabeth” or “Chaos reigned in the classroom.”

7. Throes/throws
Throes mean a hard struggle, pain or spasm; “in the throes of revolutionary change.”
Throw has a long list of definitions, but typically refers to propelling something through the air, unseating, flinging or giving; “She throws a baseball.” A throw can also be a type of shawl or blanket.

No doubt many people use the wrong word because they are in a hurry, and there is no proofreader on the case. Still, let this be a reminder to slow down and doublecheck.

If you aren’t sure which spelling is correct, look up the word. Google helpfully provides a dictionary definition as the first result when you ask, “what does [word] mean?” If the word regularly trips you up, try using a different one. Ask, “What’s another word for [word]?”

What other word to you think should be on the “should look up” list?

* The 10 most-often-searched words are affect/effect; albeit; ambiguous; apathetic; conundrum; cynical; integrity; love (although Merriam-Webster guesses people look this up for “answers beyond a dictionary explanation”); pretentious; and ubiquitous.