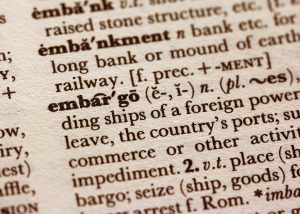 As Merriam-Webster likes to say, the English language never sleeps, and neither does the dictionary.

Whether we like it or not – and many do get upset about certain changes – modern dictionaries constantly reflect the state of our word nation. We have no one but ourselves to blame, because dictionaries only add new words when they are already in wide use. These include:

M-W added more than 530 new words in September. Some of my faves (fave itself added earlier this year; I like it because you don’t throw people off by including or excluding the “u” in favourite) include:

In the “get off my lawn” files, I’m not a big fan of a lot of shortened words (I guess no one has time to say more than one syllable?), like these:

(Note that I feel the same way about ads that say “OAC” when it hardly takes much longer to clearly state “On approved credit.”)

I’m sorry to see the official “welcome” to these business buzzwords:

How well do we accept new words? The entertaining Word Spy describes it this way:

How well do YOU accept new words?
Photo by Sandy Millar on Unsplash.

« Wordnerdery: Part 4 of the inside view of employee comms
Why Coming Out Day matters »