Be engaging, but resist the lure of your own writing 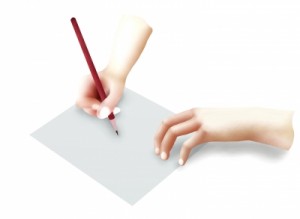 Writers should never fall in love with their own words, because the pleasure in capturing exactly what you wanted to say can disappear faster than a jerky treat in front of a Lab.

I was reminded of this when my client called with the bad news that Big Executive wanted a (last-minute) rewrite of a story I had done related to customer satisfaction.

Now, every company is concerned about keeping customers happy, but it can be difficult getting employees to read about the latest program. You also don’t want to talk about problems you’ve had in case potential customers see it and worry you can’t be trusted.

But people are human and things happen. So I used what I thought was an engaging, human-type lead:

“[Big Company] is rewriting Murphy’s Law — you know, that one that claims ‘whatever can go wrong, will go wrong.'”

The line made it past the person in charge of the customer satisfaction program being launched, her VP, the CEO and several others. However, another Big Executive decided it was inappropriate. He threw accusations of “airing dirty laundry” and “doesn’t look like we do anything” and “looks like we haven’t been working on this long.” My contact defended the article as clearly not being guilty as charged, but was overruled. I rewrote the intro this morning.

I would love to do a comparison with Big Company’s employees and say, “which one of these first sentences would encourage you to read more of the article? ” It could be that neither one of them would get more than a yawn, but I’d put my money on Murphy’s at least by a nose.

« Little touches make the difference to your customers
Can’t proofread? Have someone else read your work »