Can’t proofread? Have someone else read your work 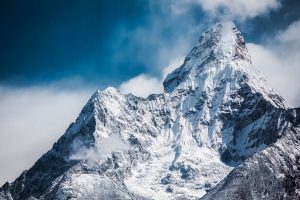 It’s difficult to proofread your own writing. You’re familiar with the words and you can easily slide right over small mistakes. But don’t let difficulty stop you!

I just received the monthly newsletter from my professional association. The front page article included two run-on sentences, a missing word, a missing apostrophe and a few other errors. But the best one, repeated twice, was “peak their interest.” No spellcheck will flag this, but the word should be “pique.”

In the end, I sent him what I hoped was a gentle note, coming from the same spirit of telling people that they have spinach or lipstick on their teeth. If everyone assumed you knew, you’d go home at the end of the day and wonder why no one bothered to tell you.

In a situation where your words are going to be read by many people, and in this case, many people with an interest in words, do take the time to proofread carefully. Better yet, show your article to someone else and ask for feedback.

Mountain peak (not pique) by David Mark and Pixabay.

« Be engaging, but resist the lure of your own writing
Find beauty in each day »