Social media believe it or not 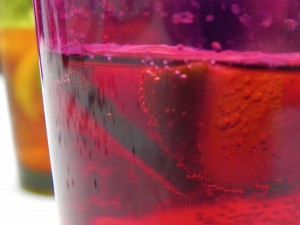 Those of you who are early adopters and enthusiastic fans of blogging, podcasting, Twittering, Second Life etc. etc. will be appalled.

I had dinner recently with three friends, two of whom had no clue about Second Life. Not one was aware of Twitter. They had little respect or use for blogging and podcasting. (To be fair, they don’t work in the communication field.) And we didn’t even get into all the very many social networks that now abound!

I say this because sometimes it seems that people get so caught up in all the latest web bells and whistles they lose sight of the fact that a very large part of the population just has no interest in it. “They just don’t get it,” you’ll say, and that’s true. They have not “drunk the Kool-Aid,” and the cult-like behaviour that implies is exactly how they see it.

So it rings very true when Twitter is described, as it was in an article in an e-newsletter from MarketingProfs Today, thusly:

“Twitter, till now, has been for the highly engaged, early-adopter, pro-technology user. This is the ‘influencer’ community, meaning they will shape the direction of others. It’s highly likely that these users participate in other forms of online publishing and communication, like blogging, Facebook, and mobile activity.”

Are all your friends drinking the Kool-Aid? Are you the person educating friends and family about social media? Do you consider yourself an early adopter?