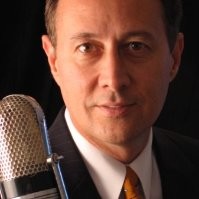 “In a crisis, communications can save lives, but too often we’re caught in decision paralysis,” he said in an HP Canada-sponsored talk to IABC/Toronto Westend members (which I helped organize). “The solution is to make decisions today, while the sun is shining and there’s no crisis happening, about what you’re going to do.”

The session was surprisingly funny for such a serious topic (“You have to laugh or you’d cry,” Gerard said), and included a dead-on impression of comedian Martin Short as Ed Grimley (“We’re doomed as doomed could be!”).

Gerard says there are three common elements in failed crisis communications, whether during a hurricane, a school shooting or the crisis that will hit your company tomorrow: Leaders deny there’s a crisis; they’re too arrogant to take action; and they’re too busy laying blame to be responsible.

The solution is simple: plan ahead.

IABC research shows that 67% of member companies have a crisis communication plan, Gerard said. The question is, do we have one that works? Or do we have a rulebook, or a flawed and superficial plan like the one used by Virginia Tech? “If your plan looks like this, you are in trouble,” he said. “Write a new one.”

Often a company’s crisis communications plan is a heavy binder full of rules that 1) no one reads, 2) no one knows, and 3) no one will look at as the crisis unfolds. “What they have is a basic outline that will fail in a crisis because it doesn’t contain the elements needed to communicate honestly and rapidly when emotions are high,” Gerard said.

Instead, we need an idiot-proof plan. A simple fill-in-the-blank system that walks you through each hour of the crisis, telling you what to say, who to say it to, and when to say it. It should also direct you to the communications tools you should use, from e-mail and text messaging to a news conference or employee meeting.

1. Vulnerability assessment
Interview people in your company, from top executives to managers to line employees, and brainstorm what might go wrong — weather, workplace violence, fires, explosions, security breaches, IT failures. Remember that a crisis may be something internal (unethical behaviour? embezzlement?), often referred to as a smoldering crisis. Revise the assessment at least quarterly.

2. Create a template
This heart of the plan coordinates when and how to notify key leaders, the media, employees, customers, the community and other stakeholders. Include a pre-written, pre-approved first statement template that covers the words you’ll communicate to all of your audiences during the first critical hour of any crisis that goes public. Also write what you’ll say in the subsequent hours of the crisis. (To see a sample initial statement, contact Gerard.)

3. Write key messages
Go down your list of possible scenarios from step one and write out what you would say to your critical audiences if each of these events happened. You know how long it takes to have a news release approved at the best of times; have everything pre-written and blessed by legal and corporate leaders well in advance of the crisis, so you can communicate quickly and effectively on the day it happens.

4. Test the plan
Even the best plans have flaws that can be found and fixed during a drill. The drill also lets you test the quality of your spokespeople. Videotape their performance for evaluation, and be sure to schedule media training if needed.

“People put off writing a crisis communications plan because they say it’s too expensive or they don’t have time,” Gerard said.

“The fact is that powerful communications before a crisis and rapid communications during a crisis has the ability to save lives and keep people from being injured. One injury or one lawsuit will easily cost you more in damages than writing your crisis communications plan.”