No glamour left in the air 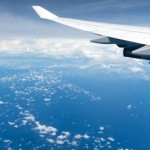 Remember when flying used to be glamorous and exciting? You’d look forward to your trip. Flight attendants were cheerful and helpful, and gave out blankets and pillows so you’d be more comfortable. On long flights, you’d get a hot meal chosen from a menu even if you weren’t in First Class. After one trip, you might plan where you’d go next.

Yeah, well, those days are gone. After my most recent trip to visit my brother in California, I may never fly again. While the visit was great (thanks, Don!), the travel part was not.

We hit delays coming and going, caused by thunderstorms in Chicago on the way out, and fog in San Francisco and more bad weather in Chicago on the way home. We missed connecting flights. Flights were overbooked. Airline partners (United and Air Canada) did not communicate well. We were given the wrong tickets for a replacement flight and had to spend an hour in the “customer service” lineup to get them changed, joined by hundreds of other people trying to make alternate plans. Twice, the best we could get was standby, getting on in one case with only minutes to spare. No food, no pillows, no blankets, no comfort.

Of course, our three bags didn’t make it home on the flight we eventually caught. Two were delivered the next day. The third is still missing in action. Of course, that’s the one with two bottles of wine in it.

When you look at all the layoffs and cutbacks going on in the airline industry, you have to wonder how much worse it’s going to get. There will be even fewer people to help you when you’re stranded by weather or mechanical failure. If you can find anyone, you’ll be charged for the “service,” as Air Canada is now doing. There will be fewer flights between destinations, making a same-day backup plan harder.

At one time, air travel was only for the rich. We may be headed that way again.

P.S. Coincidentally, while I was away, an article called “The end of travel” appeared in the Toronto Star. Reporter Nicole Baute says:

“[writer James Howard Kunstler and others] predict the demise of the commercial airline industry as it currently exists. And then, like in the medieval age, society will split into two groups: the mobile, and the stranded. Wealthy governments and corporations — perhaps flying on corporate planes or chartered jets — will remain mobile, but the movement of the masses will be restricted…Without flight, entire communities could fade from view.”

« Some favourite work things
Reaching for a word »