Blogging’s not dead yet; join the party! 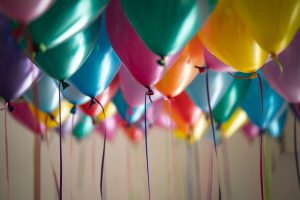 As I wrote this, Mitch Joel was saying there’s never been a better time to start your own blog. Technorati said in its State of the Blogosphere/2008 report that “blogging is not dead” and “blogs are here to stay.” The report also notes that bloggers have been at it a average of three years and are collectively creating close to a stunning one million posts every day.

When I started blogging in January 2007, some indicators made me feel I was late to the game. True, I was, compared to the early adopters, but few of my friends beyond my communications colleagues have joined the bandwagon.

In 2007, the Gartner Group said they expected the total number of blogs to peak that year around 100 million. In 2008, Technorati’s report cited a study estimating that 184 million people have started a blog. It says “Blogs are pervasive and part of our daily lives.” Can’t you almost hear the buzz, like the background noise at a party?

So if you haven’t launched your blog yet, it’s not too late. Join the party. As Mitch says, “Don’t be fooled by the few that are looking at the next shiny object.”