Why you need inclusive language, and how to get it 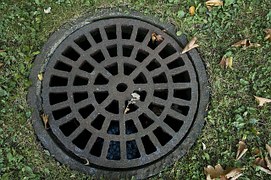 The search for an alternate way to say “man-hours” and “manhole covers” for an employee newsletter article (how about “work-hours” and “sewer covers”?) got me looking again at the whole issue of gender neutral (or gender fair) language.

Some people scoff at even calling it an issue, but I notice that most of these scoffers are men.

Canada’s Department of Justice perhaps summarizes it best that:

“Gender neutrality is important when writing about people because it is more accurate — not to mention respectful — and is consistent with the values of equality recognized, for example, in the Canadian Charter of Rights and Freedoms.”

I found a comment in a handout from the Center for Communication Practices at Rensselaer that also makes sense:

It says gender fair language “minimizes unnecessary concern about gender in your subject matter, allowing both you and your reader to focus on what people do rather than on which sex they happen to be.”

It’s not too hard to exchange “man” for a word that recognizes that people in a particular group are not all men. Common substitutions are firefighter vs. fireman; police officer vs. policeman; worker vs. workman; flight attendant vs. stewardess/steward; wait staff vs. waitress/waiter. Why not use the inclusive business executive instead of businessman, con artist instead of con man, camera operator instead of cameraman? And what’s wrong with adult-sized vs. man-sized, human vs. man?

Then there’s the whole he/she thing. Avoid any issues by:

I’m less fond of these options:

There are lots of options out there. As communicators and writers, whether in memos and e-mail messages or articles and novels, it’s up to us to find them.

« Cool promos
Hard to find a fold on a web page »