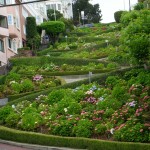 The Crookedest Street in the world!

The 2009 IABC World Conference in San Francisco was a whirlwind of learning opportunities and social events. (Great promotional clip for it here.) Here are some of the highlights:

Unfortunately, I missed plenty. At least, as an IABC member, I could go online and download some of the presentations, and I’ve been able to find a few recaps on YouTube or individual blogs:

Other things I learned:

Were you at the conference? What sessions stood out for you? What ‘don’t miss’ sights did you see?

P.S.Â  I mentioned in my last post rooming with communications/podcasting ‘rock star’ Donna Papacosta, and that was another highlight I should have included in this list. Donna is a great writer and friend, and you should check out her list of highlights, too!

« Antiquing is a treasure hunt through time
Twitter vs. blogs »