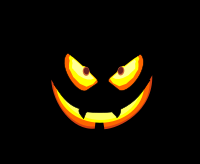 It’s October, and Halloween costumes and decorations have been in the stores for weeks. What better time to talk about scary things? And by that I mean, doing what scares you.

Over dinner last night, one of my friends confessed that she is afraid of doing adventurous things. Oh, she wants to; but she has a hard time taking that first step. And experts say we all need to do things that scare us, to learn and grow.

It got me thinking, what seemingly perilous activities have I done? Here are some I came up with:

What scary things have you done? Did they help you try more new things? What’s still on your list to do?