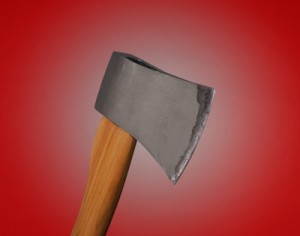 Nobody believes a corporate announcement* that an executive has left to “pursue other opportunities,” so why do companies continue to pretend that they don’t fire people?

Sometimes the person’s “contract has not been renewed” or he has “stepped down.” Maybe the “board has accepted her resignation” or he’s leaving “to spend more time with his family.” Or she “retired” at an age where you just know it wasn’t voluntary.

The Legal department is often behind this charade, aiming to avoid a lawsuit. It’s also possible the weasel words attempt to save face for the executive, although that seems like a waste of time when everyone knows the true meaning behind the empty corporatespeak.

If an executive’s actions deserve dismissal, wouldn’t you prefer a company to come right out and explain why? Wouldn’t that do more to encourage the behaviour you want — say, not embezzling funds, or setting and meeting achievable goals in an ethical manner — than whispered speculation?

About the only example I can think of where the departure announcement connected with an element of truth was the case of HP CEO Mark Hurd, who “resigned” after a “close personal relationship” with an HP contractor, who made a claim of sexual harassment.

* Can you tell what kind of announcement I was working on this week?

Image created by Boaz Yiftach and retrieved from www.freedigitalphotos.net.