My grandma helps avoid the passive 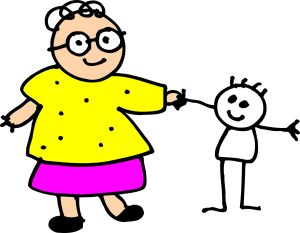 Maybe it’s the influence of Legal departments, who prefer the blameless “mistakes were made” or “it was decided” to naming names.

But corporate writers often have to fight for the active voice — you know, where the subject performs an action, like “The Legal department slashed my article to ribbons.”

Instead, the passive voice creeps in, where the action “gets done” by someone or something, as in “My article was slashed to ribbons.” This turns your brisk action into something wordy, impersonal and typically vague, too.

It’s true there are occasions where the passive voice is appropriate. Use it when you don’t know who did the action or when you want to put the emphasis on the receiver rather than the performer of an action.

But what often happens in the corporate world is promising action without committing a specific person to performing it, or admitting something without accepting responsibility. Thus when a company fires an executive, it may announce “Changes are being made to the executive team” (by whom?) and “[NAME] has been appointed” (by whom?).

Ann Wylie shared a great trick for finding the passive voice in an issue of her Wylie’s Writing Tips newsletter (which she attributes to Tim Burnett at FedEx):

If you can add “by my grandma” to the end of the sentence and it makes sense, it’s passive.

For instance, “Changes are being made to the executive team by my grandma” and “[NAME] has been appointed by my grandma” both make sense; both are passive.

To fix the passive, make sure the subject (my grandma) is doing the action: “My grandma has made changes to the executive team” and “My grandma has appointed [NAME].” If my grandma didn’t do it, well, maybe it was “the board” or “the company.”

Image by Clker-Free-Vector-Images from Pixabay.