No respect for words 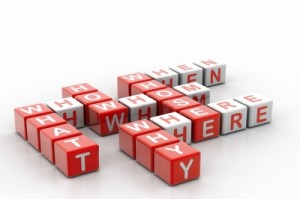 “Words are not much valued on the Internet, perhaps because it features so many of them.”

So reads a line in a recent article by David Streitfeld in The New York Times, called “Funny or Die: Groupon’s Fate Hinges on Words.”

The article describes how Groupon — one of those companies offering “deal of the day” discounts on products or services — uses words to grab attention and sell. As Streitfeld puts it, “Groupon’s breakthrough sprang not just from the deals but from an ingredient that was both unlikely and ephemeral: words.”

Apparently the words are doing the job, with Groupon “raking in more than a billion dollars a year.”

So if words are so important to their success, and they are so successful, what do you figure Groupon is paying the people who craft those magical, attention-grabbing words? Top dollar?

Think again. Streitfeld calls the pay “less than extravagant,” about $37,000 a year for new writers. According to PayScale’s 2010-11 College Salary Report, this is about the median starting salary for some of the lowest-paying college degrees, such as drama or fine arts.

No, words are not much valued, are they, on the Internet and elsewhere. After all, anybody can talk and write, can’t they? And who cares about the careful choice of words to convey just the right shade of meaning? Who cares about grammar and spelling and punctuation?

Thanks to my friend Donna Papacosta for pointing me to the article, and to Renjith Krishnan and FreeDigitalPhotos.net for the image.