A hope for peace 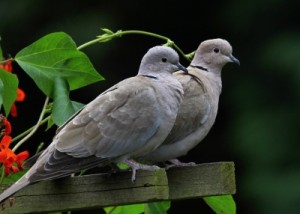 9/11. It’s become shorthand instantly understood around the world for a day filled with tragedy. Can it really be 10 years since we watched, horrified, as one plane and then a second crashed into the World Trade Center?

I was at work in my home office when my husband called. He was on his way to the U.S. by car, and was stuck in a lineup at a border that had suddenly slammed shut. “Turn on the television,” he said.

Today, newspapers, television, social and other media are filled with memorials and memories — like Life Magazine‘s 25 most powerful photos — and reminders to treasure the people who are important to you. Let’s hope that spirit will translate into a stronger movement for peace.

Image: Doves for peace, from Paul Brentnall and FreeDigitalPhotos.net.

« Thinking about a newsletter? Some things to consider
Marketing on a tight budget »