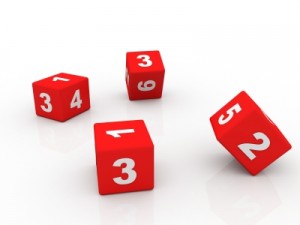 Despite what some people will tell you, Twitter isn’t a numbers game. Nor is Facebook. Nope, not LinkedIn either. Social media is all about connection and community.

Oh, spammers will offer to get you thousands of Twitter followers or Facebook ‘likes,’ cheap. You can even buy followers on eBay; one found by Mashable offered to “tweet your message to my 618,500+ followers” for just $7.95.

Bill Rundle, an account manager at Porter Novelli in New Zealand, reported that he bought Twitter followers – $12.50 for 2,000 of them – “as an experiment.” But he thinks that Twitter is a numbers game, and admits to “looking at a person’s number of followers to determine whether he or she is worth following.”

Call me old-fashioned, but I make my decision about following someone on Twitter by looking at a person’s bio first, then at the last couple of tweets to get a flavour of the person and the personality and the things they tweet about. On Facebook, I’d prefer to keep it to family, friends and people I know reasonably well. LinkedIn is an expanded range, but I still like to already have met my connections, either in person or via email; for all but a handful of my connections, that’s the case.

People get hung up on numbers because they think more of anything has got to be better. An e-book by Hubspot, called Lead Generation Lessons from 4,000 Businesses, says businesses with 301 to 1,000 Twitter followers had more than five times the traffic than those with one to 25 followers. Realistically, though, only beginners have just 25 followers, and traffic gains drop to just double for those with 101 to 300 followers – whatever they mean by “traffic.”

What do you think? Do you pore over the numbers, or are they meaningful to you in ways I might have missed?