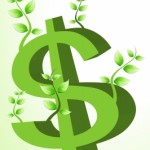 Money is always a touchy subject, isn’t it?

Equal pay for equal work done by men and women is still an issue. Companies don’t seem to want employees sharing salary info. Independents rarely share billing information either, and we’re always wondering if we’re charging too little or too much. And those who hire us aren’t likely to say, “Hey, you aren’t charging me enough for what you do!”

Although freelancers should charge for value rather than time, if we don’t know the value of a project, our proposals are often based on how much time we estimate it will take.

Meanwhile, hiring companies want to know how much we charge per hour, inevitably leading to a comparison. The “Walmart Effect” encourages those who see dollars rather than value to go with cheaper options, even if someone who charges less per hour might end up taking more hours to do the job.

My local IABC Professional Independent Communicators group surveyed our members in 2014 about pricing. I was surprised to find that some of those who responded (28.1%) had never raised their fees, even among those who had 15 or more years as indies! And two people with an average 12 years in business had actually lowered their rates.

Tell me what business you have been to lately that still charges you what they did several years ago, or less. A bank? A grocery store? An airline? Don’t make me laugh.

I’ve found some great posts with advice related to pricing:

If you’re an independent, when was the last time you raised your rates? If you hire independents, do you expect their rates to rise each year? Do they?

Related reading:
A PIC session in 2013 included some tips on pricing
Download PIC’s fee survey report under Resources
How retainers can provide a set income (from Copyblogger)