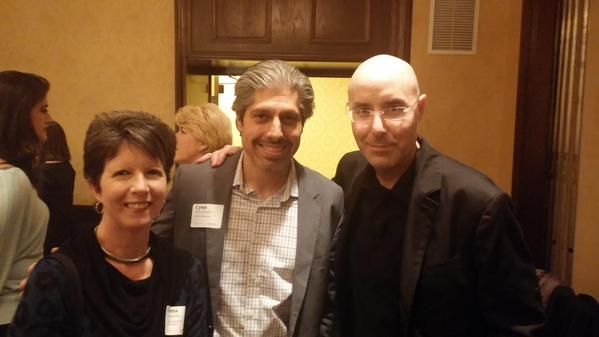 The Internet used to be like an elephant; it never forgot. Now, its future is about “fast, temporary pieces of content” (think Snapchat) that are here now and gone soon after.

For evidence, look no further than the shift from owning or renting DVDs (and the demise of Blockbuster) to subscribing to a whole library of TV shows and movies on Netflix. Instead of CDs and then iTunes collections, we access millions of songs on Spotify.

We can rent a spare room from Airbnb, a car from Zipcar or Car2Go, a bike from Bixi. We can even rent a temporary parking space on someone’s driveway from JustPark.

“While some will simply glaze over this shift in consumerism, it is a massive deal in terms of understanding the new consumer,” Mitch said. “And it happened like flipping a light switch.”

Mitch called the new playing field the “temporary Internet of things” and the “age of efficiency.”

“The question becomes, if consumers have done this, what do brands and businesses do?” he asked. He had some thoughts:

Mitch’s talk left many of us with our heads spinning! If you were there, what did you think? What did you take away from the talk? Please comment below.