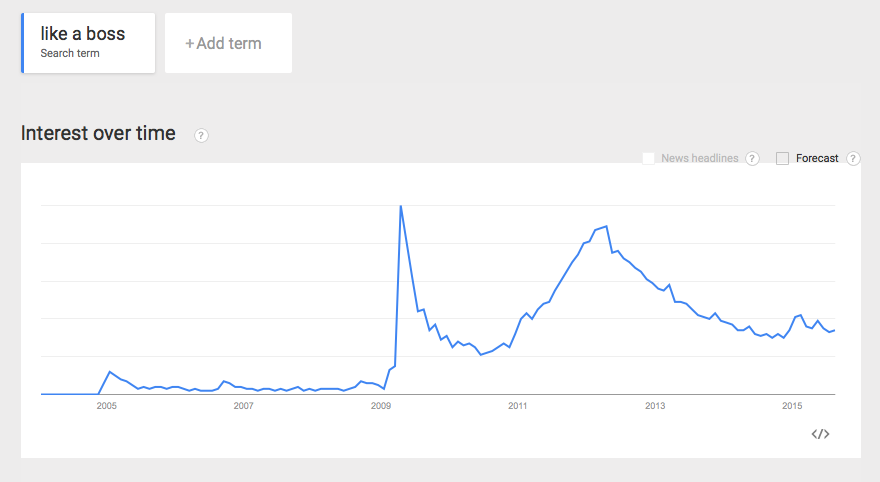 Not to be like the old guy on the porch yelling, “You kids get off my lawn!” or anything, but here’s another phrase that’s starting to annoy me: “Like a boss.” (I last vented about “hacking your life.”)

The Telegraph reports the meaning as “well achieved.” The Urban Dictionary says it’s “The act of doing something as a boss would do.”

It’s everywhere online these days, which is part of what makes it so tiresome. Here are just a few of the ways people have used the phrase lately:

We have so many to thank for this:

The phrase first hit the Google Trends chart (above) in 2005 and took a huge leap in popularity with the Saturday Night Live skit in 2009. Thankfully, it’s been mostly on the decline since 2012. But you’ll still get 26.5 million results to an online search for it.

Enough. Are you with me?