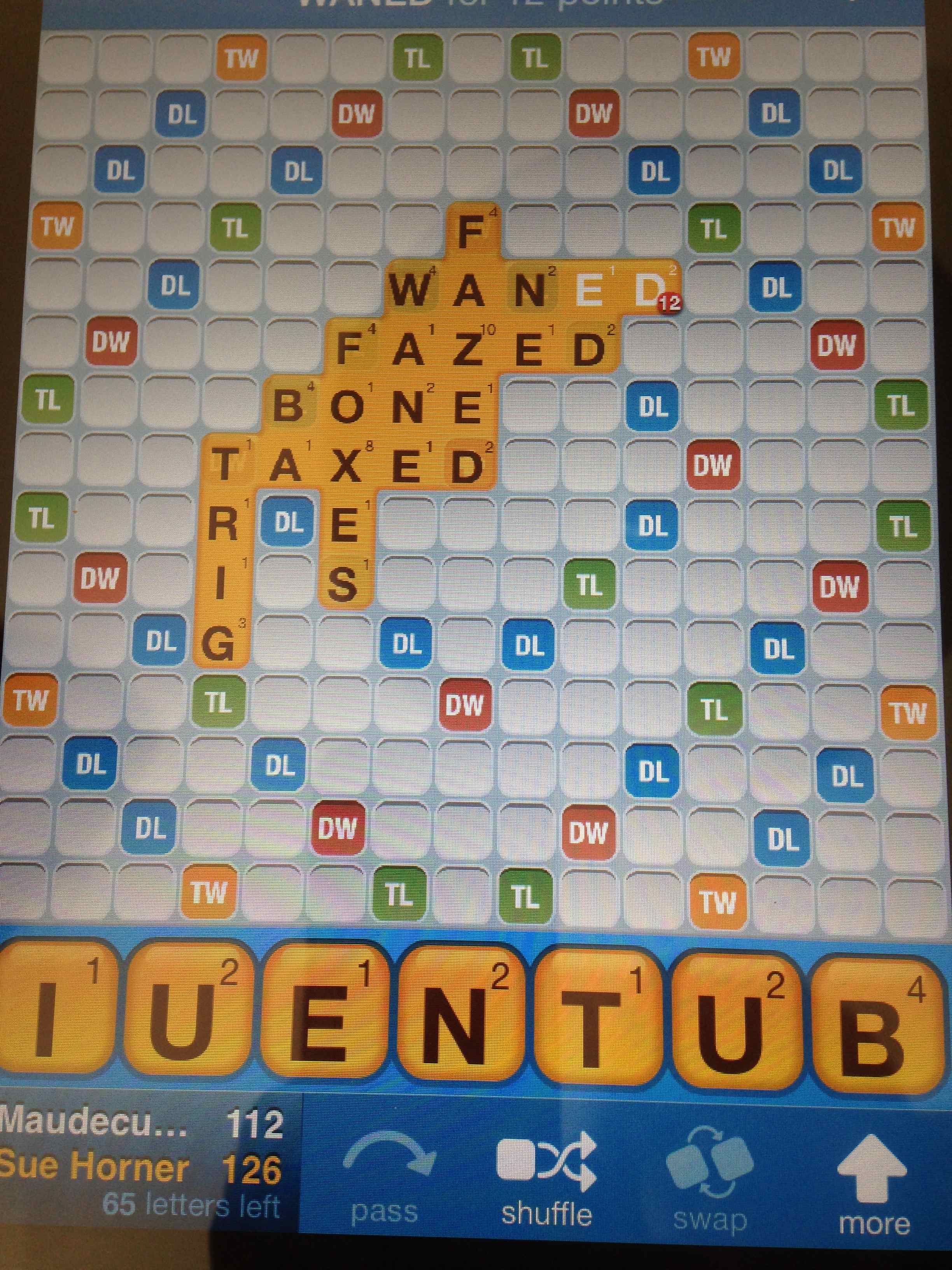 You watch; my mother will probably get “bezzy” on a triple in one of our usual spirited Words with Friends games. So don’t tell her about the words that Scrabble now officially accepts, including:

Not that Words With Friends sticks to official Scrabble words. As well as playing Words with Mom, I often go up against Solo Play, which is basically playing a computer rather than a friend. It regularly throws out words that it claims are “a valid Words With Friends word” but “Sorry, no definition is available at this time!”  Thus words like toited, gae and netty. Whaaa?

I used to just look for one word and try to open up new parts of the board with both Scrabble and Words With Friends. After playing my wily Mom, though, I realize that there is way more strategy involved. Here is some of what you need to know to play Mom’s Cutthroat Words/Scrabble:

Do you play Scrabble or Words With Friends? What are your secret strategies?