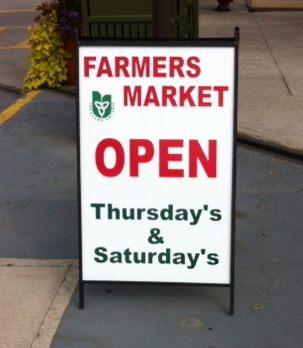 The big day goes back to 2008, when Martha Brockenbrough and the Society for the Promotion of Good Grammar (SPOGG) founded it. SPOGG is “for people appalled by bad grammar in public spaces.” Yup, that’s me.

One of my pet peeves is the mishandling of apostrophes. The cheery photo here has two offending errors:

According to The Canadian Press Stylebook, use an apostrophe:

Do not use an apostrophe:

For details on the excitement (haha) of National Grammar Day, check out this year’s host, Grammar Girl Mignon Fogarty.

And don’t forget to proudly wave your grammar nerd flag.