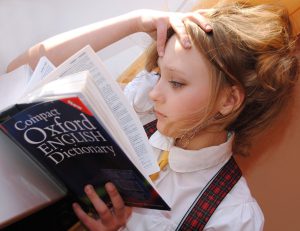 During such a troubling time in the world, it may seem wrong to be talking about grammar. Yet the pandemic, the anti-vaccine protestors and now Russia’s invasion of Ukraine have clearly showed the importance of words and how they are presented. Also, maybe you could use a diversion.

So I’ll just point out that it’s National Grammar Day.

You can thank Martha Brockenbrough and the Society for the Promotion of Good Grammar (SPOGG) for the idea. She founded SPOGG in 2008 “for people appalled by bad grammar in public spaces.”  Grammar Day’s date of March 4 represents a complete and grammatically correct sentence, as in, “March forth and celebrate National Grammar Day.”

One of my grammar peeves is the mishandling of apostrophes, usually added where they shouldn’t be. You’ll often see them on Christmas cards (“Greetings from the Brown’s!”) or cottage signs (“The Brown’s”). In stores (“Banana’s on sale”), they are nicknamed “grocer’s apostrophes.”

According to The Canadian Press Stylebook, use an apostrophe: 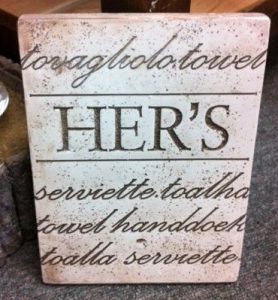 Do not use an apostrophe: 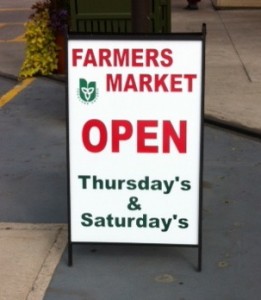 In the Farmers Market sign here, there’s no apostrophe on farmers (more on that in a second), and maybe the sign maker felt something was missing. That may account for the bonus apostrophes on what should be Thursdays & Saturdays.

Farmer’s market suggests one farmer is involved, so everyone but a lone farmer selling veggies will call this wrong.

Choose wisely; grammar nerds may judge you on your choice. Although let me assure my friends and family, I only roll my eyes at companies who should hire a proofreader, not you.

Whether you “celebrate” or not, do march forth and proudly wave your grammar nerd flag.

Related reading:
My 2020 post includes examples of spelling by ear
I wrote a haiku about errant apostrophes in this post about punctuation
Some examples of seasonal apostrophe abuse

Image of a girl reading a dictionary (it could happen!) by Libellule789 and Pixabay.

« Be inspired by a ‘Post-it note’ for the brain + more analogies (Wordnerdery)
ICYMI, February edition: How to help Ukraine, jargon to avoid + more »