Ditch the fragments when writing a caption 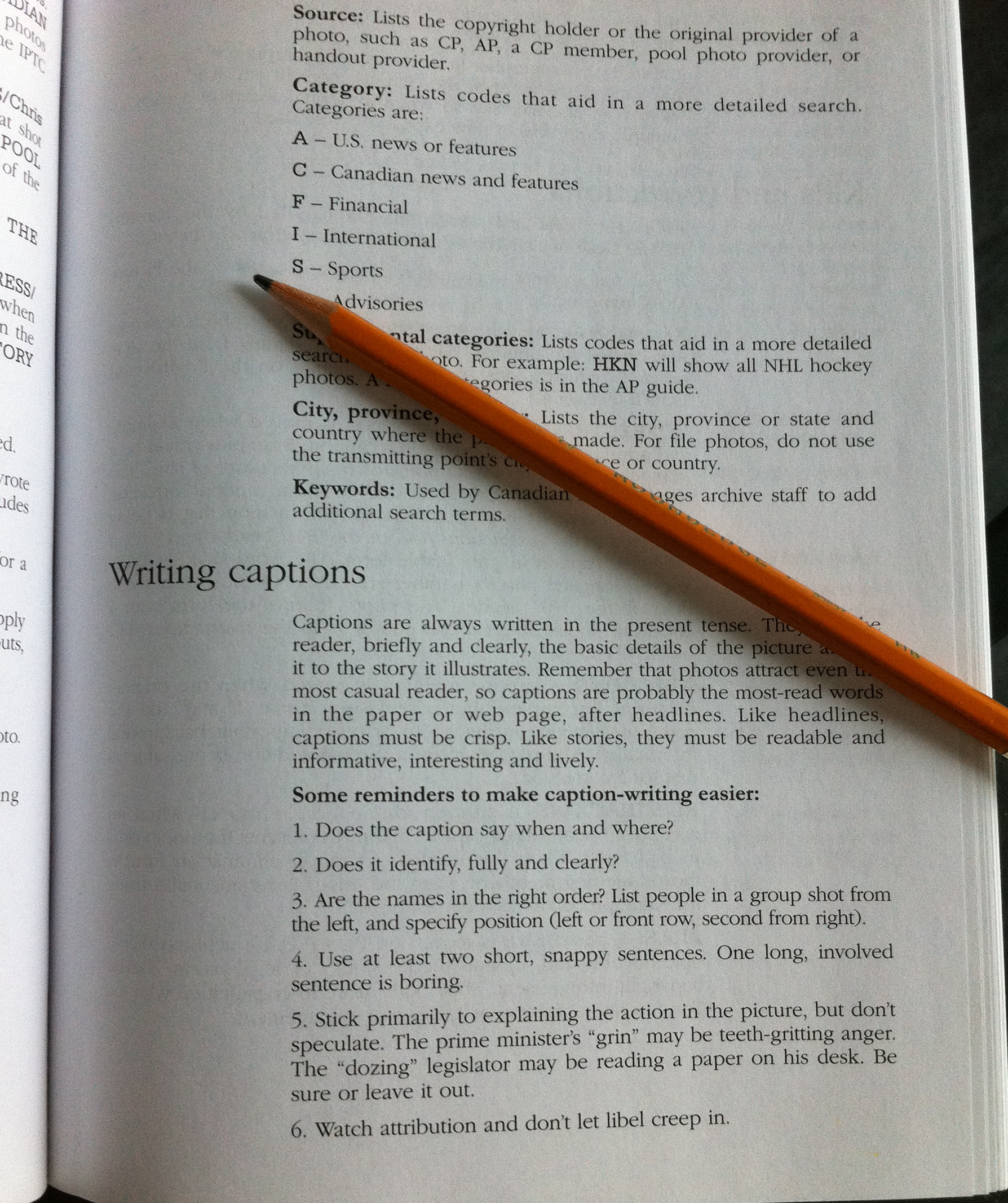 A photo caption’s job isn’t to tell the whole story all by itself. Ideally, the photo captures attention; the caption adds meaning and leads the reader to the story for more details.

Of course, there are plenty of rules about captions (also called cutlines).

A discussion this week with a fellow stickler for detail brought up the question: A full sentence takes a period at the end, but do you also use a period when it’s a sentence fragment? (A full sentence has a subject and a verb — as simple as “Squiggly hurried” as Grammar Girl explains — whereas a fragment is missing one or the other.)

Doing the research to come up with that answer turned up more DO’s and DON’Ts for writing captions:

DO go beyond stating the obvious to give context. Use some information from the article to explain what’s going on or why.
DON’T say someone “looks on” or “is shown.” Zzz.

DO tell a story in the caption. Add something that might encourage skimmers to read the full article, or add something new that didn’t make the story.
DON’T be boring. Aim for “informative, interesting and lively,” says The Canadian Press Stylebook.

DO say where your information comes from, if you mention action not seen in the photo (“Police say a gunman shot six people”).
DON’T leave the reader to speculate.

DO state the facts and tie the details of the photo to the article.
DON’T assume or guess what someone is thinking or doing. As the Stylebook says, “The ‘dozing’ legislator may be reading a paper on his desk.”

DO write the caption in the present tense, as if the reader is there. A second sentence giving context can be in the past tense.
DON’T mix tenses within the same sentence.

DO try to keep captions short.
DON’T be a slave to this rule, if an extra sentence will add interesting detail.

Often, readers will look first at the headline, photo and caption. Ideally, those three elements together should tell most of the story, in case the reader is a skimmer who will bypass the rest of the article altogether. Do your best to make the caption worth the reader’s time.

Do you have any other tips for great captions?

Related reading:
Another post with do’s and don’ts about captions includes making sure the number of names matches the number of people shown
Poynter’s “hot tips” include “Don’t try to be humorous when the picture is not”

« Wave your grammar nerd flag, it’s National Grammar Day
How to take the leap to the independent life »