Undies and tushes and butts, oh my 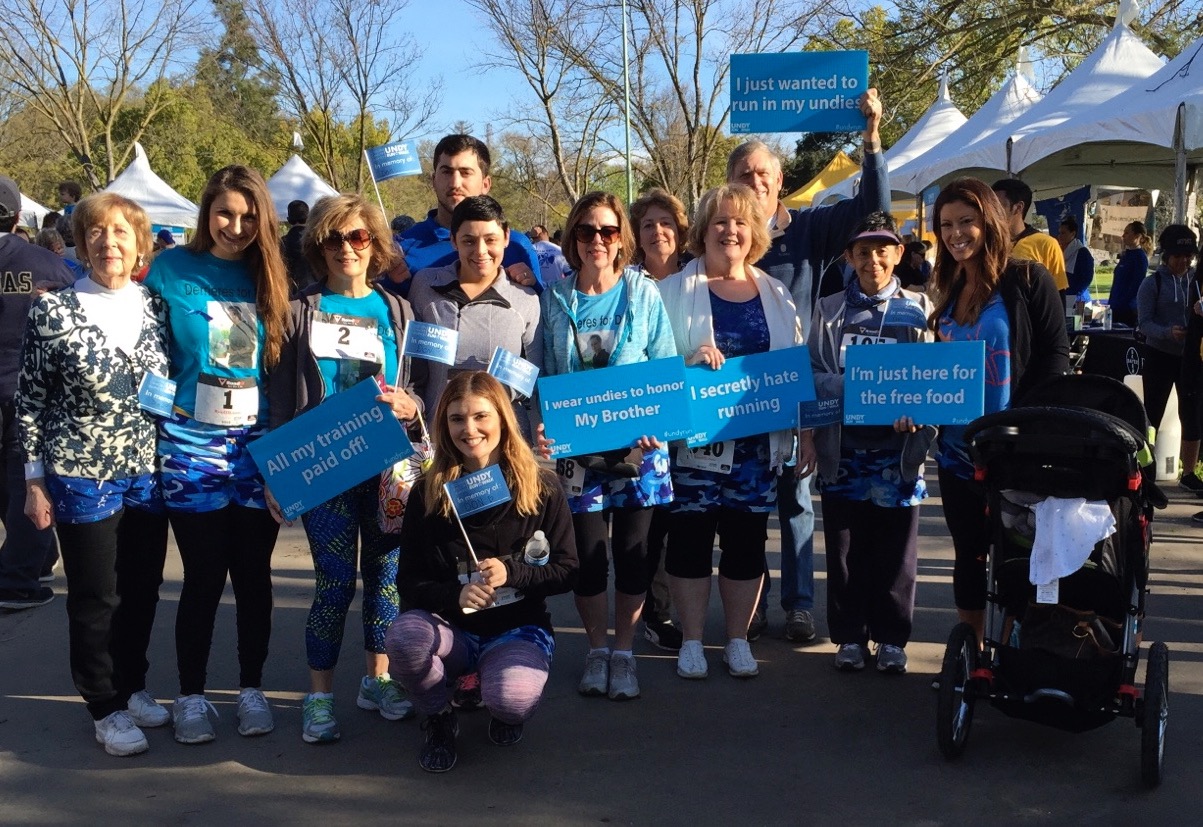 You have to joke when it comes to talking about a disease that affects your butt.

The teams taking part also get in the spirit, with names like Baker’s Bums, Rear in Motion, Panty Posse and Pooper Troopers. Since losing my brother to colon cancer in 2014, I’ve walked the Undy Run twice with a team we dubbed Derrieres for Don. (That’s the team of family and friends here, who made us the #10 fundraiser in the 2016 Sacramento run in February.) I’ll be doing the third Push next month in Don’s honour.

Am I on a bit of a mission? Yes, I am. Found early, colon cancer is apparently treatable and beatable. Sadly, Don’s cancer wasn’t found in time. That’s why I’m banging the drum to encourage people to get screened, and to pay attention to warning signs, such as unexplained weight loss, blood in your stool and abdominal pain. I booked my own colonoscopy when I found out about Don’s diagnosis, and really, even the prep is NOT THAT BAD.

Beyond awareness within my own circle, I am happy to help raise funds to carry the message further and contribute to research and support. My heartfelt thanks to those of you who have supported me in these runs. With just four weeks to go until this year’s Push, there’s still time to contribute; here’s my page.

Related reading:
My report on the 2015 Sacramento Undy Run
The wrap-up of the 2015 Push For Your Tush
Don’s story in Life is short; get screened