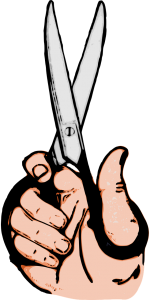 The fellow I interviewed was chatty; the topic, fascinating. The problem? Cramming as much of that interesting conversation into just 300 words.

My clients often have a specific number of words they need to fit a certain space. Magazine and newspaper editors also assign a certain number of words and may not work with you again if you don’t meet their requirements.

So while you’re spinning straw into gold (as I call turning raw notes into interesting reading), here are some tips for cutting words to meet your assigned word count:

What other tips do you have for trimming (or slashing!) a lengthy article? Please share in the comments.

« How do you give your creative head a shake?
Content as a ‘Russian doll’ – use expressive writing to explain complex ideas »