Jargon? Doesn’t sound best of breed to me 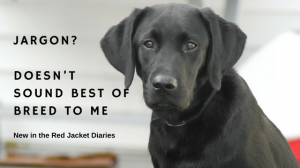 My colleague Sheila Gregory posted on Facebook that it starts to bug her when a word becomes trendy and is used everywhere. Right now, that word is “myriad.”

A few of us chimed in with other overused or jargony words we find annoying. But jargon isn’t just annoying. Jargon is harder to understand, and makes it more likely busy, impatient people (aren’t we all?) will stop paying attention to your words.

The Canadian Press spells it out in its Caps and Spelling book: “When there is a choice of words, prefer the short to the long, the familiar to the unfamiliar.”

The Nielsen Norman Group puts it well: “Weed out vague jargon and complicated words and replace them with common terms. Your readers will like you more.”