30+ ways to steer clear of the T word 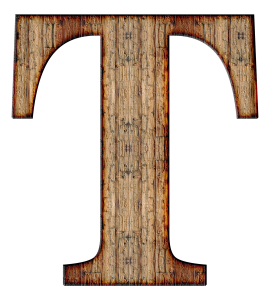 Writers and editors love a short, punchy word, especially in headlines. A short word grabs attention while saving precious space. It’s memorable. It gets to the point.

Sometimes, though, that word brings something else to mind.

I’m guessing that short punchiness is the reason for what seems to be an increasing use of the term trump. Maybe it’s a subliminal thing; the U.S. president is constantly in the news and his name springs to mind. Or maybe I’m just a victim of the frequency illusion, where something recently noticed suddenly seems to be everywhere.

I can only hope I’m imagining things, and Robinson Meyer, writing in The Atlantic, is right when he said in 2016 the verb to trump is doomed. “Maybe it’s been right on the tip of your tongue,” he said, “when you realize – Oh. I want to say trump, but I don’t mean that dude.”

Meyer goes into much of the 750-year background of the word, which first linked to blowing a horn in the late 14th century. In the 1520s, the noun was an alteration of triumph, meaning a “playing card of a suit ranking above others,” according to the Online Etymology Dictionary. By the end of the 16th century, trump had its current meaning of to win or to defeat. The Oxford English Dictionary says trump can mean to thwart a person or proposal with an unexpected move at the last minute, or to gain an unexpected advantage.

Here are some of the ways I’ve seen trump used:

If you want to avoid using trump, you have plenty of options. Let’s use them:

In place of to trump (something or someone)

In place of to trump up (charges, excuses, etc.):

See, lots of choice, and many words that are equally short and punchy. Who’s with me?

Related reading:
Please stop ‘hacking’ your life
Still reason to be cranky about jargon
Getting rid of jargon is one of 7 ways to trim and tone flabby writing