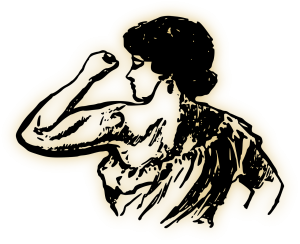 But at some point you need to wrestle that first draft into shape. You have to revise and tweak and polish it into the writing you are proud to send into the world.

One of my clients has asked me to cut about a third of the copy from a lengthy report. Once I have the report trimmed and toned, I’ll check for spelling, grammar and punctuation errors, remove jargon and shorten sentences. The result should be a concise, interesting report that people will actually want to read.

If you’re faced with flexing your own editing muscles on a similar report, here are some ways to tackle it:

1. Do your cutting first. Otherwise, you may waste time fixing something that’s going to be edited anyway.

2. Use Word search to hunt down specific words you want to remove or replace.

4. Use the active voice rather than the passive voice. “Submit complaints” rather than “Complaints should be submitted,” and “We documented” rather than “Documentation was provided.”

5. Use contractions. “We’re” instead of “We are” saves a word, plus it sounds warmer.

8. Look for places that say the same thing in different ways. Only keep one where it makes the most sense.

9. Use short, familiar words to make the document shorter and more readable. Try “use” rather than “leverage” or “utilize,” and “about” rather than “approximately.”

10. Drop adjectives and adverbs; if necessary, use a stronger noun or verb instead. The word “emphasis” is emphatic enough that it doesn’t need “A strong emphasis.”

11. Remove honorifics like “Mr.” and “Ms” when naming people.

12. Use bullet points to highlight a series of ideas, with an introductory phrase that applies to each point, such as “Highlights of the event include…”

Wish me luck! I’ll report back with the results.

Related reading:
11 ways to meet a stingy word count (when you have to write short to begin with)
7 ways to trim and tone flabby writing includes other areas to watch for, like Random Capitalization

« The best of the blog so far in 2018
Wordnerdery: Let songwriters inspire your storytelling »