‘Ecosystem’ may be a ‘thing’ – but it’s a buzzword 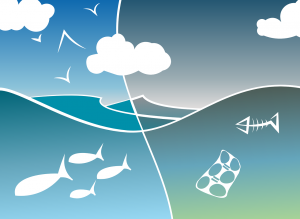 A PR colleague is having a hard time convincing me that using “ecosystem” outside the realm of biology and science isn’t jargon.

“…all the non-living elements and living species in a specific local environment. Components of most ecosystems include water, air, sunlight, soil, plants, microorganisms, insects and animals” (Sciencing.org.)

A typical reference might be this, which I saw this week: “Scientists warn of damage to ecosystem.”

My colleague describes one of the things she works on as “marketing technology ecosystems.” Would you wonder what that really meant? I did, asked for an explanation and called it a buzzword.

She argued that it wasn’t a buzzword. “It is a thing,” she said, pointing me to a blog post from Marketo’s Robin Bordoli (appears to be from six years ago), in which he said [with a couple of other buzzwords highlighted in bold]:

“The key characteristic of an ecosystem is interdependence, where each component is dependent on each other component. For example, a herbivore needs to eat plants which in turn need air, water and soil to grow. When animals die and decompose, this then releases carbon and nutrients which allow plants to grow. And so the cycle of life continues…

At Marketo, we define an ecosystem to be a complementary set of solutions that amplify the power of the underlying marketing platform, extending the value of what you already have.”

She also found a post where tech consultant Robin Merttens says a former company banned the use of ecosystem. “Now, ten years later it’s my favourite word and I use it all the time…it’s all the rage!” he says, adding, “It is now in more general use meaning a complex network or interconnected system.”

Doing some digging, I found that communicators may be jumping on the ecosystem bandwagon, too:

“Messages often have to be repeated to be understood, so it’s important to create an internal communications ecosystem that works together to provide a consistent message…”

So, okay, it’s a “thing.” And I can see the desire to incorporate interconnection.

It’s still a buzzword. Low-hanging fruit and move the needle and pivot are “things,” but they, too, are buzzwords.

In the end, my colleague and I compromised. She didn’t think my suggestion of “structure” captured her view of an ecosystem as including tools, people, resources and processes. I didn’t find her suggested “environment” any better. We settled on “structure and resources.” It’s not perfect, but I think it needs less explanation than “ecosystem.”

What do you think? Is ecosystem now an acceptable word outside of biology and science? Or does it set your teeth on edge too?