Expressive writing is your on-ramp to understanding 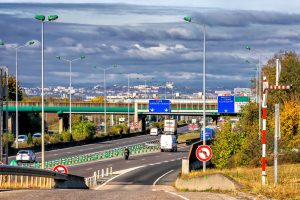 My word-a-day calendar is famous for sharing words that make you go “huh?”

True, they are often the “perfect” word for a specific situation (like petrichor, as I’ve talked about before).  But they are more likely to set up a roadblock to meaning than open up an on-ramp to understanding.

If you want people to understand what you’re saying, you’re better off using concise, clear words, coupled with what I call expressive writing. (It’s a friendlier way of saying what many teachers call figurative writing.) Here’s how:

1. Use analogies (similes and metaphors)

Analogies create images in our brains and help understanding.

Similes compare two things, using “like” or “as.” For example:

Metaphors compare the unfamiliar to the familiar without using “like” or “as.” For example:

Being specific helps your readers or listeners mentally picture what you’re describing. Journalist Roy Peter Clark calls this “getting the name of the dog.” And of course, you can also pair this with analogies. For example:

Any time you have a particularly large or small number, relate it to something to help people understand the significance. This is especially important in the business world. For example:

Where to get ideas

Why is expressive writing important?

We’re a society of skimmers and snackers. We want the point, and fast. Expressive writing helps readers or listeners quickly grasp what you mean.

Have you noticed any memorable expressive writing? Please share in the comments.

« Here’s how to keep emails short and sweet
Is your writing ‘as smooth as Tennessee whiskey’? »