For readability, choose words that communicate 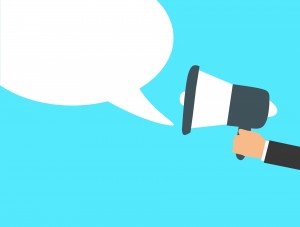 Why say “the earthy scent released when rain hits dry earth” when you could go with “petrichor”? That’s what Merriam-Webster tweeted recently.

I love words almost as much as Merriam-Webster, but I would pick the full description.

One, it’s wonderfully evocative. You can almost smell that earthy scent, and feel the drops of rain splashing off the ground beneath your feet.

Two, if you use “petrichor,” you pretty much have to define the word anyway. It may well be the perfect word, but it just isn’t known widely enough to be understood. And isn’t that what you’re aiming for?

One of my Christmas gifts this year was a word-of-the-day calendar, and I also subscribe to Merriam-Webster’s Word of the Day. Both often pull out words that fall into the same category – possibly the exact word, but one that might well turn off the reader. For example:

If you want readers to understand what you’re writing, don’t make them reach for a dictionary. Most of them won’t do it. They don’t read with a dictionary at hand. They won’t write the word down and look it up later (word nerd alert: That’s what I do). They’ll just skim over your sentence, or worse, stop reading.

As I’ve said before, it’s kinder to your reader to pick a word that’s more familiar and more easily understood without a dictionary. “More interesting,” as in the explanation of petrichor, is a bonus.

What words have you run across that may be precise but confusing? And do you read with a dictionary nearby?

Related reading:
More obscure words that drove me to the dictionary