Switch your thinking to keep New Year’s resolutions on track 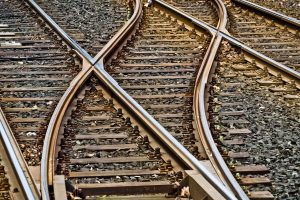 Happy New Year! Oops, the year has hardly begun and we’re heading for the New Year’s resolution danger zone. Already, “chances are pretty good that all those lofty resolutions you made before the clock struck midnight on Dec. 31 have fallen by the wayside,” says executive coach Harrison Monarth.

What happens? We have good intentions, but the reality isn’t fun. We don’t see results soon enough. We mess up once or twice and give up.

If you struggle with keeping your own resolutions on track, the way you think about them and the words you use may be part of the problem. Here’s some advice to switch your thinking:

1. Start your resolutions any time
January 1 marks a fresh start in a new year, but you can make a fresh start any time. If January didn’t work out for you, make a new start in February. Or pick another date. “Use landmarks as a new beginning,” says Carmine Gallo in Inc. How about your birthday or the first day of spring?

2. Make weekly resolutions instead of one or more for the year
Making a “Monday resolution” gives you a fresh start each week and 52 chances a year to stay on track. Nutritionist Lisa Drayer says, “Focusing on a new goal or health initiative each week that will build on the previous is also an excellent way to ease someone into a new healthier lifestyle.”

3. Pick one thing
Researchers from the University of Toronto found that having a single goal helped put people into “implementation mode,” says Harrison Monarth.  Newsletter subscriber Zena Ryder says she has just one resolution that kicks in right after the holidays: “I’m doing 100 days of ‘no dessert’ stuff…I use the Strides app on my phone to keep track of the number of days. It helps to be able to see progress and resist the urge to break a streak!”

4. Focus on the process, not the goal
“Think of it as though you were looking back after having achieved your goal,” says Thomas Koulopoulos. “What would you have needed to do to get that point?” Instead of saying, “I’m going to write a book in 2020,” for instance, plan to write 500 words each day.

5. Try making new habits
“New habits are built over time and anyone can achieve them if they don’t set themselves up to fail in the first place,” says Justin Conklin in Forbes. If saving money is a goal, make a habit of cooking more rather than eating out or getting takeout. And be patient; new habits are hard.

6. Set SMART goals and revisit often
Set Specific goals that are Measurable, Attainable, Relevant and Time-based (SMART). Rather than the vague “Lose weight,” specify a realistic number and a timeframe. Author Sean Wise suggests you revisit your goals every few months and make adjustments, making them SMARTER (Evaluate and Revise). “Think of yourself as a sailboat, tacking into the wind to constantly make small course corrections,” he says.

7. Reduce the effort to get started
Author Shawn Achor wanted to play his guitar more, but found that if he needed just 20 seconds of extra “activation energy” to get started, that was enough to derail his plans. Moving his guitar out of a closet to his living room “put the desired behavior on the path of least resistance.”

8. Take baby steps
“Start small, smaller than you think,” says life coach Gordon McCrorie. “Rather than pledge to go to the gym five times a week, set minimum standards like getting 10 minutes of exercise three times a week, but make that non-negotiable.” Newsletter subscriber Kathryn Hickok does this, exercising every weekday morning for 20 minutes. “Just 20, then I quit. It’s short enough that I’m not tempted to put it off or back out, and it’s not so much work that I’m too sore to do it again tomorrow.”

9. Celebrate your successes
A sense of accomplishment motivates you to keep going. “When you savor the small victories, you get to feel good about yourself every day, which means you no longer compare the distance between here [where you are today] and there [where you want to be],” says Jeff Haden, Contributing Editor at Inc.

Did you make any resolutions for 2020? How do you plan to keep them? Please share in the comments.

A variation of this article originally appeared in my newsletter, Wordnerdery. Not a subscriber? Sign up now for my monthly take on writing, words, newsletters and more. In keeping with anti-spam laws, you can easily unsubscribe at any time. Image by Michael Gaida and Pixabay.