Boring topic? Here are 3 tips to spin your ‘straw’ into gold 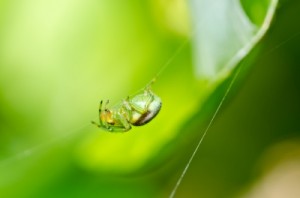 So, you need to write about something important. The problem is, it’s boring or routine.

You know the topics. They’re necessary, but they aren’t the sexiest. Safety reminders, maybe, or a potentially dry explanation of a (zzzz….) process improvement. You have to capture interest and attention or the reader won’t make it past the first sentence. But how?

Chances are, there’s a fascinating story behind the topics that at first glance seem a little dull.. Here are three tips for finding the story and spinning the “straw” of boring information about dry topics into gold:

1.  Look for people and look for their stories.

A lightbulb went off over someone’s head when trying to solve a problem or come up with an innovation. Who was it and what happened? Lead with the person. You may uncover an inventor who tried something unusual, a clever engineer who solved a puzzle, or a team of people trying to find one thing and coming up with something completely different.

2.  Look for answers to the questions that satisfy your own curiosity.

Now that you’ve found the human behind the project, ask questions, and lots of them – who, what, when, where, why and how.

And the questions I usually end with: “Is there anything else you’d like readers to know about this?” and “What’s the most important thing you want people to remember after reading the article?”

Help readers understand the answers with metaphors and similes, as in these examples:

3.  Look for meaning behind the numbers.

Your questions will likely uncover details that involve numbers. Help readers grasp the importance of numbers by relating them to something familiar.

Once you’ve collected the details, figure out the most interesting, surprising or critical information. Use that as your opening.

Do you have other ways of bringing potentially boring topics alive? Let me know in the comments.

Image by SweetCrisis and FreeDigitalPhotos.net.