Are these words worth retrieving from the ‘linguistic cellar’? 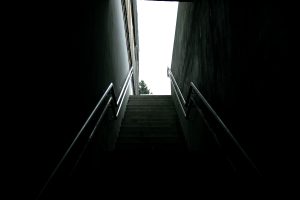 The view from the (linguistic) cellar, where many words apparently languish.

The pandemic has introduced us to many words we don’t really want to know and often can’t spell (epidemiologist is a big one, or is that just me?), but that’s kind of the nature of the English language. It’s always changing.

Never mind the new words coming in, though. Wayne State University in Michigan has a mission of bringing back old words that have fallen out of favour, nominated by people who think these words “worthy of retrieval from the linguistic cellar.” WSU recently released the 10 long-lost words that have joined the list.

I love that line about the cellar, and sometimes the list has suggestions that are truly useful. The words may not be in wide use, but they are familiar enough not to be confusing. Here are some examples from previous years:

Addle: Make unable to think clearly; confuse.
Bereft: Deprived; lacking something needed or wanted.
Buoyant: Cheerful and lighthearted.
Shenanigans: Secret or dishonest activity or maneuvering. (Writer and marketer Ann Handley uses this with a more fun spin in the Department of Shenanigans in her newsletter, which I find hilarious.)

For the past few years, though, the words that made it onto the list seem less worthy of retrieval from that cellar and less likely to “make English snappier.” It seems that people are combing dictionaries (or more likely the internet) just for unusual or odd words. The words tend to be longer and more complicated, in the way some people like to use “utilize” instead of “use.” (“Utilize” is not on the list, maybe because it’s still in such wide use, it hasn’t tumbled to the cellar) They seem more likely to confuse than “enrich or enlighten.” At best, they’re unusual or mildly amusing.

Of this year’s inductees, the only one I might ever use is this:

Footle: Engage in fruitless activity; mess about; waste time (although nothing wrong with saying, “mess about.”) It apparently goes back to Britain in the 1800s.

In some cases, it’s nice to know there’s a precise word for something, but the word itself? Meh. Also, you’d really need to include an explanation if you used it, even for word nerds. Who takes the time to look up the meaning of a word when they’re reading something? Besides me, I mean. For example:

Anagapesis: Loss of feelings for someone who was formerly loved.
Brontide: A low, muffled sound like distant thunder heard in certain seismic regions…thought to be caused by feeble earth tremors.
Dysania: The state of finding it hard to get out of bed in the morning.
Ultracrepidarian: Expressing opinions on matters outside the scope of one’s knowledge or expertise.

Here are the rest:

Blatteroon: A senseless babbler or boaster. (Although, you could see this used in a Victorian insult!)
Maleolent: Foul-smelling, odorous.
Paralian: Someone who lives by the sea.
Snollygoster: A shrewd, unprincipled person, especially a politician.
Sophronize: To imbue with moral principles or self-control.

What do you think? Did any of these grab you? Could you see yourself using them?

If you’d like to contribute words you think make English “snappier” to the next round of invitees, the university’s Word Warriors program takes recommendations. See what’s already there on the full list (warning: no shortcuts to a specific letter) and nominate your own. No slang, jargon, offensive, truly obscure or recently invented words, nor words in fairly common use, and don’t forget the definition.

« Magic happens when those ‘big shoes to fill’ turn out to be your size
Before & after: 5K run release (Wordnerdery) »