Keep calm and get over the post-whatever blues 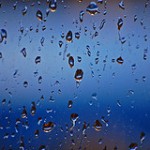 As a society, we’re not very good at transition.

Women who take maternity leave from a busy job outside the home practically get whiplash switching from the day job to the dead stop, career-wise, that is the all-consuming day-and-night job of motherhood.

Celebrated Olympic athletes spend years in intense training and anticipation for what is often mere minutes in the spotlight. Sometimes the minutes deliver glory, and other times disappointment. Either way, the exhilaration of competition can lead to an enormous let-down. In an article in the Toronto Star, writer Paola Loriggio quoted a sports psychologist who said even if they earn a medal, it can take up to a year for some of these athletes to bounce back from the “post-competition depression, commonly known as ‘marathon blues’.”

I’m certainly no athlete of any calibre at all, let alone Olympic, but I found myself with oddly similar feelings after the intense two years of university I’ve just completed. Not depression, and not full-out blues, but a strange unsettled feeling. So naturally, I Googled “depression after finishing university,” which nets 30,100,000 results. I’d say the feeling is pretty common when even the Urban Dictionary has an entry for “Post University Depression“!

London’s The Guardian says “one in four students suffers depression during their university years,” but has no official numbers for those students after graduating. It describes symptoms like “Feeling tired, restless or agitated…finding it hard to make decisions…losing self-confidence.” It links these feelings to the loss of structure, the lack of response and validation from teachers and fellow students, the loss of support — and of course, it’s all worse if you finish school and then can’t find a job to match your new qualifications.

In the end, I think it’s the eternal struggle to cleanly wrap up one chapter of your life and get on with the next. We humans are messy creatures, generally, and there is seldom such a thing as a clean ending. The best we can do is recognize that it’s a common feeling, talk it over with a sympathetic person (a fellow student, perhaps?), get professional help if necessary, and keep calm and carry on. 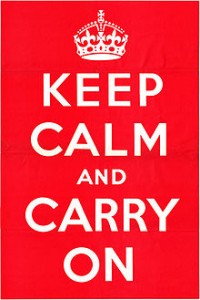 Dispatches from the dorm